Indeed, champions are made and not merely born! The Cutman’s game allows boxing gamers to make their champions. They do so by being the cutman and at the same time playing with the character to win boxing matches against boxing stars. The team at Crazy Labs by TabTale guarantees gamers a thrilling boxing action. You can build the strength of your character and make him throw weighty punches towards his opponents. Download the CutMan’s Boxing game and show the world of boxing what you are made of!

With over 100,000 installs from Google Play Store, you should be sure that this is a thriller game. Cutman’s Boxing is not like other boxing games. Here, you become the ultimate boxing star as well as an exceptional cutman to your boxing champ. You will be treating any physical damage to the character at the ring corner during gameplay. After the breaks between rounds, you will use the character to overcome your opponent. If you are ready to show us your boxing moves, get the Cutman’s Boxing and start punching today!

With unique and quick reflexes facilitated by the simple controls of the game, you can let loose your boxing prowess. Engage in an endless fighting experience, unleash fierce punches, and beat all your opponents. Combine your face passed moves with devastating punches to win every league offered by the game. Nothing is more satisfying than the KO finishing move used to knock the opponents off their feet. Download CutMan’s Boxing and become the king of boxing now!

Apart from the spectacular boxing action that the game brings out, numerous features stand out in the game. Here is a highlight of some of the most interesting features of the game.

Thrilling Boxing Matches – the game feature stimulating boxing action in form of various levels. There are rounds in the boxing matches, just like in real matches. The game gives you an opportunity to become a real boxing star. With toughness drills, you can punch your way end become the best boxing star. You will also engage in epic mini-games where you practice, get tested for steroid abuse, etc. Knock out opponents with superkicks by tapping the screen. As you win one level, you will automatically play in advanced stages including pro and champion boxing levels.

Mini-Games – CutMan’s Boxing features impressive mini-games. For example, you train your fighter in punching mini-games as well as toughness drills like rope skipping. Moreover, you also get tested for steroid abuse in a mini-game where you hold and drag the plastic tin to collect sterile test urine. You can also smash a heavy bag during practice and take part in weigh-in tests. The game features amateur, pro, and champion leagues where you face off elite boxers. In all these mini-games, you get a chance to win unlimited notes that you can use to increase the strength, speed, and toughness of the character.

Easy Controls – this game has a simple interface and easy controls. You don’t have to be a pro boxer to win in the epic battles that this game offer. Notably, you only tap the screen to kick the opponent and swipe to dodge heavy blows. During first aid to the character, you only move the treatment items over the face of the character. Punching the opponent with continuous blows only requires the gamer to tap the screen nonstop until you deliver the final knockout blow.

Minimalist 3D Graphics – as you immerse yourself in the adrenaline-pumping world of boxing during gameplay, you will notice that the game has amazing graphics. The game consists of motion-captured animations and engine-powered graphics that make the action in the game realistic. The game environment is also animated with smooth graphics.

Unlimited Notes – the more you win, the more you earn in-game notes. The notes are used in various ways including increasing the strength, speed, and toughness of the character. You can also purchase game items like new boxing gloves.

Explore the World of Boxing – this masterpiece by Crazy Labs by TabTale offers gamers a chance to enter a sports games ring rumble. You face dangerous boxer opponents and score a boosted amount of notes with a shocker KO! With the game, you explore the world of boxing and find your way to the top in boxing sports games. Get the CutMan’s Boxing game and become the best cutman and boxer of all time!

Bug fixes so you can keep up your game addiction! 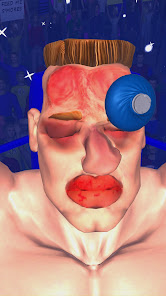 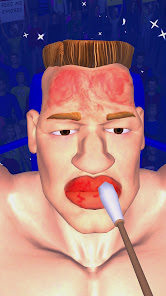 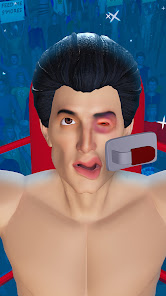 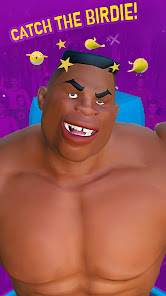 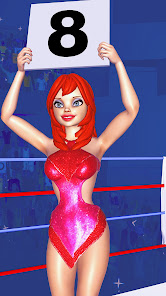 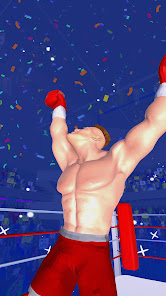 You are now ready to download CutMan's Boxing - Clinic for free. Here are some notes:

Home › Games › Casual › CutMan’s Boxing Mod APK 1.8.6 (Unlimited money)
We use cookies on our website to give you the most relevant experience by remembering your preferences and repeat visits. By clicking “Accept”, you consent to the use of ALL the cookies.
Do not sell my personal information.
Cookie SettingsAccept
Manage consent