Do you want a game where you draw the weapon to use in defeating your enemies? Download the Draw Hero 3D game by Casual Azur Games now and let your creativity be your only limit in overcoming the bad guys. This is a special puzzle game where you defeat enemies with weapons and tools you create. Without a doubt, your artistic skills will be on trial here. This time around, you will face a lot of puzzles but the solution is at our fingertips.

Draw hummers, arrows, and other lethal objects and drop them directly on the heads of the enemies. Alternatively, you can also hit other objects that will fall and destroy the armed stickmen. Even so, you don’t have to be a super artist to play this game with perfection. You only need to actualize your idea of a brutal weapon and use it against your opponents. Use your logic and creativity to create weapons that destroy anything on their path! Download the game now, drawing various objects on the screen, and dismantle all enemies.

Create and Use Various Weapons

Great power comes with great responsibility! This game offers you the chance to have the power to craft the weapons you want to use against your enemies. Here, you will only need to draw your weapon of choice to hit the bad guys. You will have to complete all the puzzles present in all game levels. For example, there are levels you will have to rescue hostages and save the entire world. Just draw weapons on the screen and direct them towards the enemy.

However, it is will not be a walk in the park. That is because you will need to think carefully about the shape of the weapon before drawing it. Only then will you notice how difficult it is to draw a figure that looks like a weapon and hook all the bandits. Usually, the game also lets you have to activate some mechanism to use your weapon with maximum efficiency. After launching the game, you will notice the amazing 2D graphics, electrifying soundtracks, and intriguing gameplay that are featured.

Highlights of the Draw Hero 3D

This game allows you to draw weapons of choice on the game interface and use them to defeat enemies. You cannot rule out the importance of the following features in making this game great!

Addictive Gameplay – all that is required from a gamer in Draw Hero 3D is to draw shapes of weapons with your finger on the game interface. After that, this weapon will appear, fall on your enemies, and destroy them instantly. However, you should note that there is only one attempt. So, you will have to repeat a level if you fail. Ensure that you draw a realistic weapon that will eliminate all enemies within not time.

It is also prudent to note that the gameplay may be more difficult if there are many enemies. You will need to come up with a weapon that will destroy everything, even if it means the surroundings. That is the only way to ensure that your smash all enemies! In case there will be hostages, you will need to apply your intellectual potential to carry out the operation flawlessly. Try drawing different designs and observe what happens.

Many Levels – the developers of Draw Hero 3D released the game with over a hundred levels. All of them offer exciting challenges that you need to complete. For example, in one of the levels, you will need to push fireballs on the heads of the gangsters. In another, you need to save a girl from attacking zombies. In either of the levels, you will have to draw weapons and attack every enemy. Destruction of enemies seems impossible but with your exotic imagination, you will do the unexpected.

The further the player advances through the game levels, the more difficult the tons of the tasks become. Although they may be harder, they will also be engaging. Don’t hesitate to kill ‘em all. Avoid straining yourself by overthinking the weapon to draw and use. Just draw anything that pops up in your mind – don’t just make it complicated!

Various Missions – in this game, it is not only satisfying to play and destroy enemies but also to play in levels with other challenging situations. In some game levels, you will be rescuing hostages, saving victims without endangering their lives, and more. The best thing is that you will be having various interactive elements that will help you perform the different missions.

Minimalist Graphics & Dynamic Soundtrack – Draw Hero 3D comes with cool graphics and a lively soundtrack that brings a refreshing and fun experience as you play the game. Advanced animation for object behavior is also evident. This creates the exciting effect of immersion in the awesome gameplay. There is an intuitive understanding of your weapon from the shape you draw.

With the Draw Hero 3d Mod APK, you will get free shopping sprees and unlock skins with unlimited money! 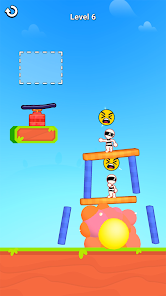 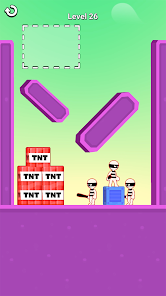 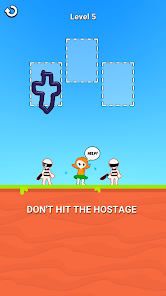 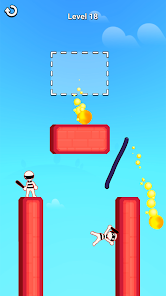 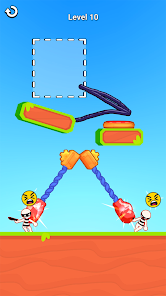 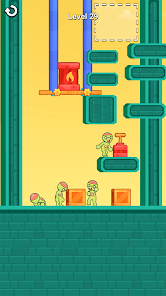 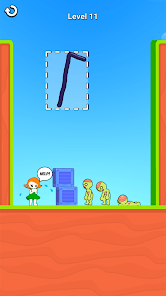 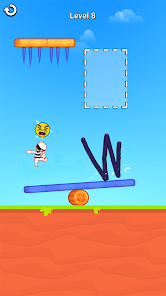 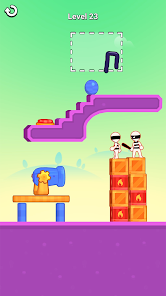 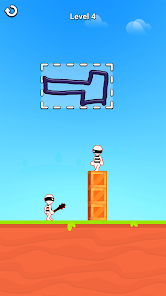 You are now ready to download Draw Hero 3D - Puzzle Game for free. Here are some notes:

Home › Games › Puzzle › Draw Hero 3D Mod APK 0.2.2.1 (Unlimited money)
We use cookies on our website to give you the most relevant experience by remembering your preferences and repeat visits. By clicking “Accept”, you consent to the use of ALL the cookies.
Do not sell my personal information.
Cookie SettingsAccept
Manage consent