Load your weapon and keep your finger on the trigger!

In this shoot 'em up (shmup) game, the rules are simple, you should escape a dangerous army of invading creatures while you are your own army. Your only mission in this ultimate gun shoot survival is to save the Hellshade world and in order to do so, you should RUN fast, JUMP on time and most importantly – always be ready to SHOOT and kill, otherwise you will get killed!

In this ultimate action-packed shooting game, you must find the way through and escape from flying monsters shooting towards you, trying to kill the only survival on the battlefield. If you consider yourself a real and unbeatable gun shooter then wait no more – the mission is yours! The gun fire has long been open, the enemies are eager for your death! But it seems like they do not know that they are messing with a professional gun shooter!

Avoid the shower of deadly bullets and master this gun shooting simulator game. Rush through different stages, even more powerful and fearles. Use gems you collect to upgrade power-up effectiveness: multi-shot duration and shield durability.

There is no downtime in this gun action game – it can cost you a life! In this best shooter game, you can always surprise the enemy when they least expect it, use some power-ups and activate a fire blast – spread shot, shield and screen clearing bomb

If you are a fan of shooting and war games and if fire weapon simulator games are your favorite ones, then this Hellshade Soldier: Free Run and Gun Action Game should be number 1 on your list. Grab your fire weapon and get ready for a front line war game!

If you like playing side scrolling – running games but also arcade shooting games, you have just discovered the one that has it all! Also, you found out a new shooter strike game you can play with your friends. Show off your friends that you are the best runner and shooter among them all.

Get Hellshade Soldier: Free Run and Gun Action Game and show everybody how good you are at jumping and shooting action games. In this shoot and run – ultimate weapon simulator you can use on-screen joystick to aim and single on screen button to jump!

Reviews says it all:

"So prepare yourself for a unique and extremely dangerous battle. You are going to stand alone against hundreds and thousands of enemies. Pick up your weapon and work to destroy the forces of evil! In Hellshade Soldier: Run And Gun Shooter Game, you are able to use different types of weapons with different skills and forces to deal with the enemy. In terms of design, it must be said that the attractive graphics of the game with its atmospheric and impressive designs, has given it a very special charm. In addition to these beautiful and professional visual designs, interesting sounds and audible and exciting music have also been used. The smooth and fun gameplay of the game is undoubtedly one of its most important features. Lots of fights, challenging battles and beautiful action scenes are what you will experience during Hellshade Soldier: Run And Gun Shooter Game"
-Usroid 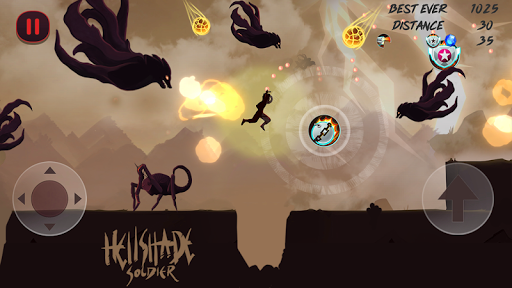 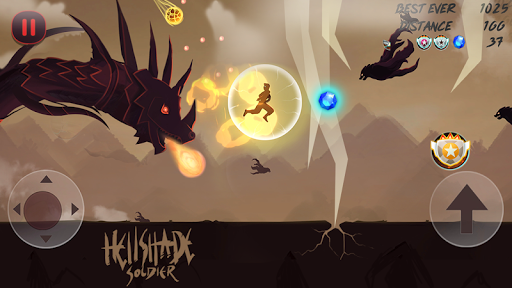 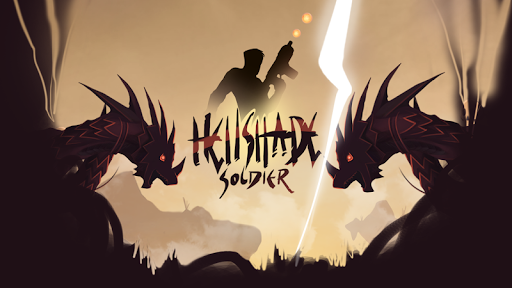 You are now ready to download Hellshade Soldier for free. Here are some notes:

Home › Games › Arcade › Hellshade Soldier: Run And Gun Shooter Game 1.3 Apk + Mod
We use cookies on our website to give you the most relevant experience by remembering your preferences and repeat visits. By clicking “Accept”, you consent to the use of ALL the cookies.
Do not sell my personal information.
Cookie SettingsAccept
Manage consent